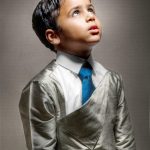 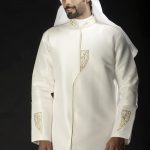 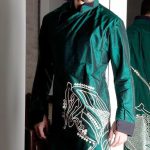 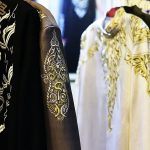 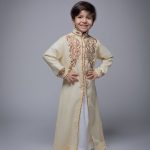 The daglah (The long cloak) that is worn over the thobe especially in occasions such as marriages, was known long ago in the Arabian Peninsula where people used to wear it in winter.

It is usually made of cotton or wool fabric and sometimes leather, and it is a folk costume that is worn in different regions of the kingdom.

In Hijaz region, the groom would mainly prefer to wear the daglah at his wedding especially the cream color embroidered with golden and silver threaded lines. These days, Saudi designers have updated the daglah and we see sometimes the embroidery includes names of the bride and the groom. Also the groom brothers and friends as well as the bride’s bothers would wear the daglah but with simpler embroidery.

The daglah is a poular cultural Saudi costume that we can see atypical designs, inscriptions and decorations on diverse fabrics, which reflect the high quality of the daglah. 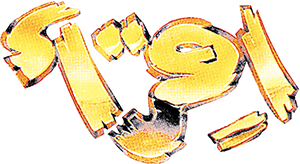